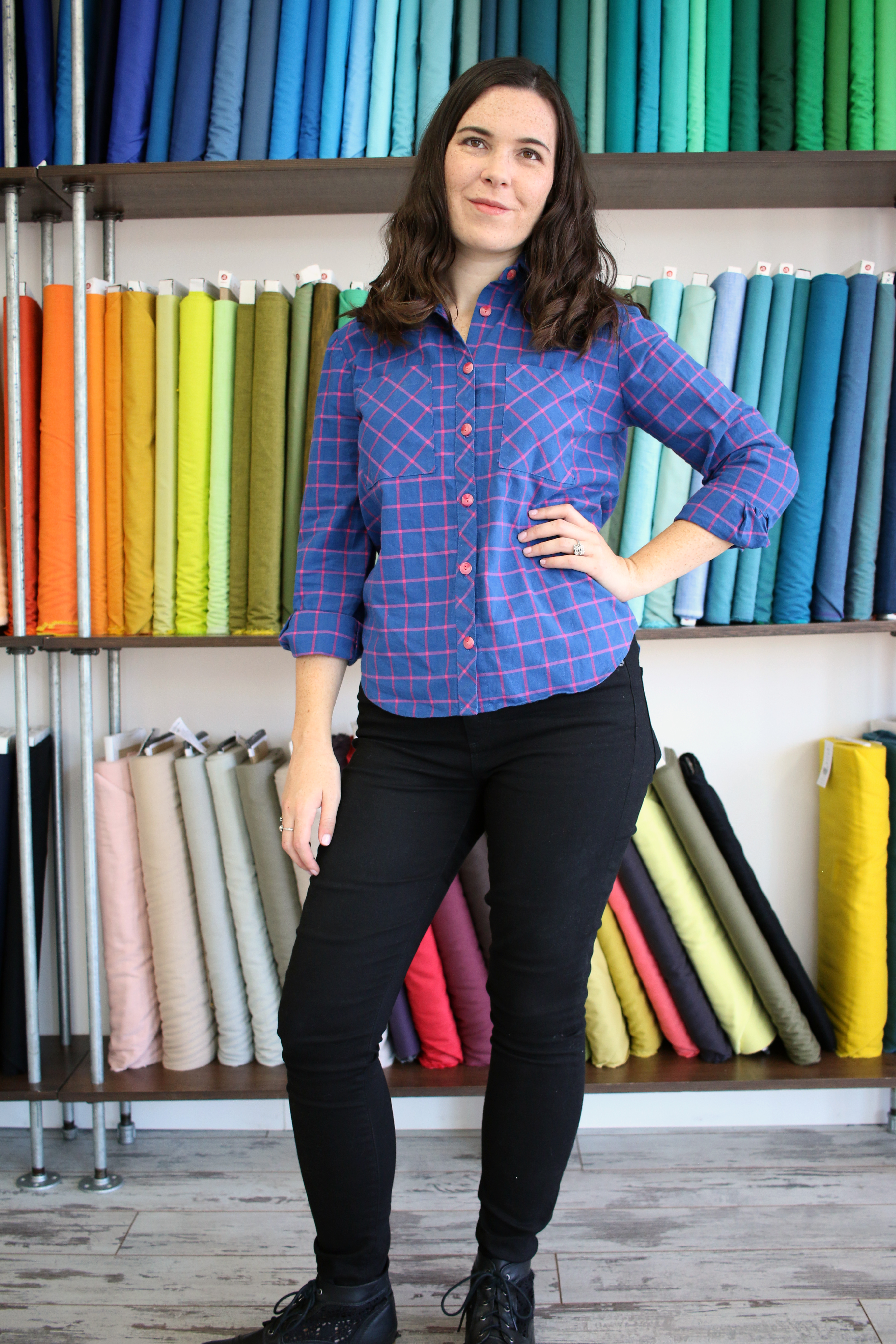 Another day, another Archer.

I’ve now made Grainline’s Archer shirt more than any other pattern. What can I say, I love this pattern! A classic button-down shirt with an easy fit and no darts? Sign me up!

This pink and blue cotton is from The Cloth Pocket (where these photos were taken and where I’m teaching some classes this month) and these perfect pink buttons are from a defunct local store.

For this Archer, I cut pockets, placket, yoke, cuffs, and collar on the bias. This plaid isn’t perfectly square which made it difficult to get the angle of the lines perfect, but I like the result.

Instead of pleating the center back under the yoke, I gathered the fabric.

Now onto something a little more serious… 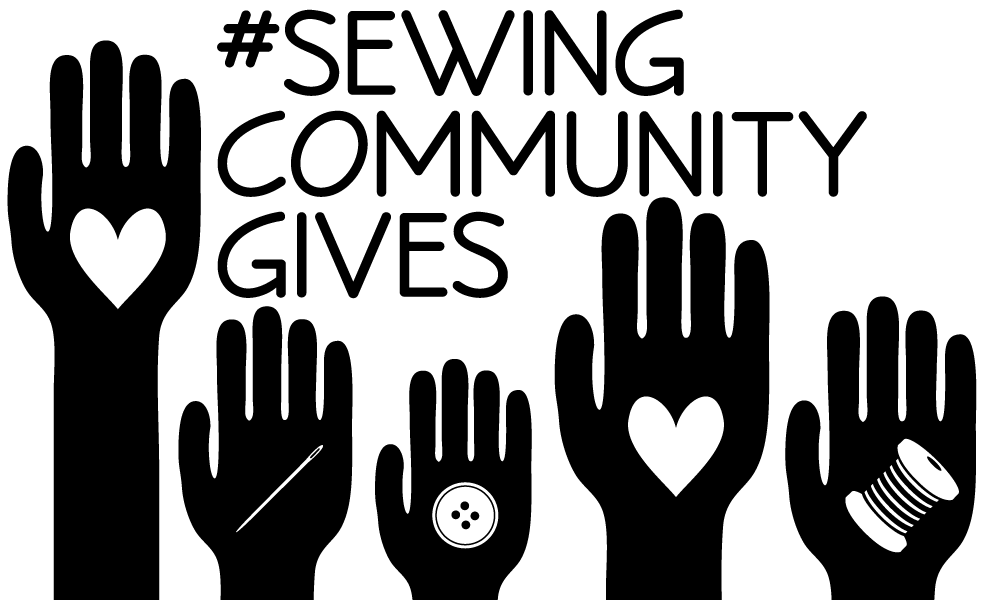 Ya’ll know I don’t often get personal on this blog but today I’m making an exception. A few weeks ago, Erin over at Seamstress Erin messaged some pattern designers, bouncing around this idea to harness the power of the online sewing-sphere to give back to our communities.

I think Erin was expressing a desire that many of us share: a growing need to contribute, to share, to show love and compassion in the wake of an election season that, no matter who you supported, weighed heavily on all of us and capped out a year that for many was filled with struggle and mourning.

This sentiment struck a chord with me as lately, I have been challenging myself to do more. After the election, many probably feel like I do, that I didn’t do “enough.”

Enough of what and how much that means, I’m not exactly sure. But I do know that I can no longer be content with a kind of passive activism, expecting those impacted by bad policy to fight for change while I sit on the sidelines being “supportive” but not doing the work. I can no longer use shyness or anxiety as an excuse for not putting myself out there and making a difference. I can no longer dismiss my own implicit biases but instead must educate myself about other people’s experiences.

I am in a unique position. With no kids or a typical job, I have plenty of more time to devote to causes and because of that, I have a responsibility to do more. For me, 2016 was a tremendous year of personal growth and I feel I can take that energy I’ve accumulated and put it to use in 2017.

So what have I done to get off the couch/facebook and do the work? Well, in just the past few months I was a poll worker for two elections. I’ve joined organizations that share my values, including the League of Women Voters. I’ve donated money and volunteered to lobby for legislation I believe in. I’ve marched. I’ve attended meetings. I’ve called my senators and representatives (and it gets less scary each time I do it). I’ve visited my state legislators’ offices and met my new state rep – twice! I’ve met my city council member and visited one of my US Senator’s office. I’ve read memoirs by Supreme Court Justices, histories of segregation and the Civil War, and biographies of suffragists. 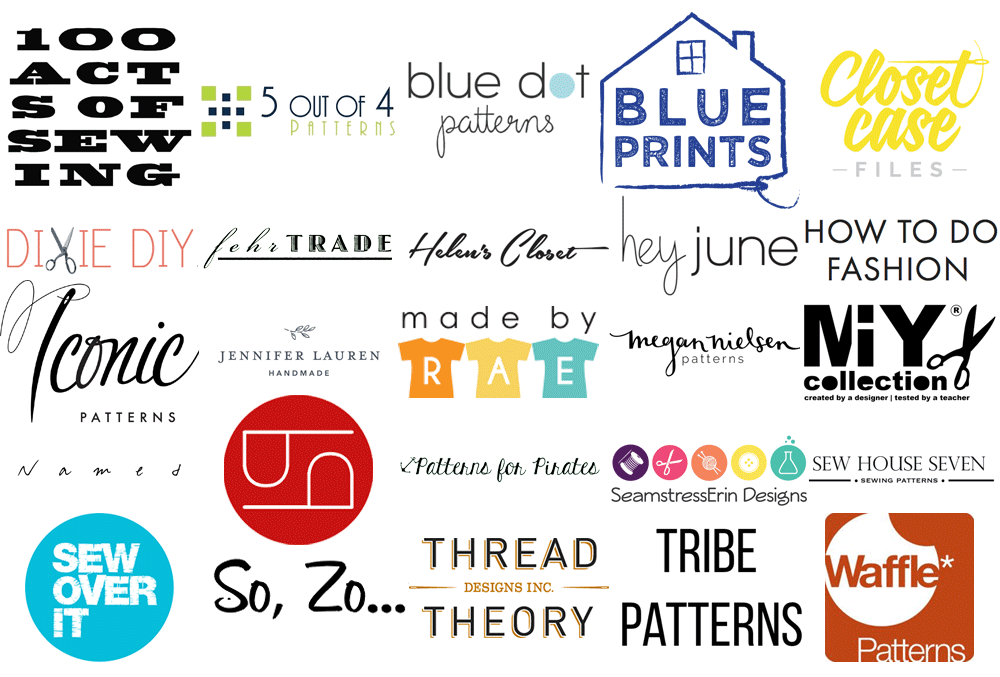 If you, too, are feeling inspired to do more (or to continue the good work you’ve been doing), join us for #SewingCommunityGives!

With #SewingCommunityGives, Erin is inviting sewists to pledge their time, energy and/or funds to help their local and global community this week January 16-22.

To celebrate, you can fill out this survey to tally everyone’s collective contribution and enter to win one of five fantastic pattern prize packs (including one of my patterns)!

If you’re looking for ideas, here are a few local Austin charities that I’ve volunteered for/supported in the past:

I can’t wait to see how much we can accomplish together!!